Located in eastern Ethiopia, the city of Harar is so rich in history and culture.

Sitting on a plateau, what makes this predominantly Muslim settlement quite unique and interesting is its old walled city known as Harar Jugol. It was listed as a UNESCO World Heritage Site in 2006. 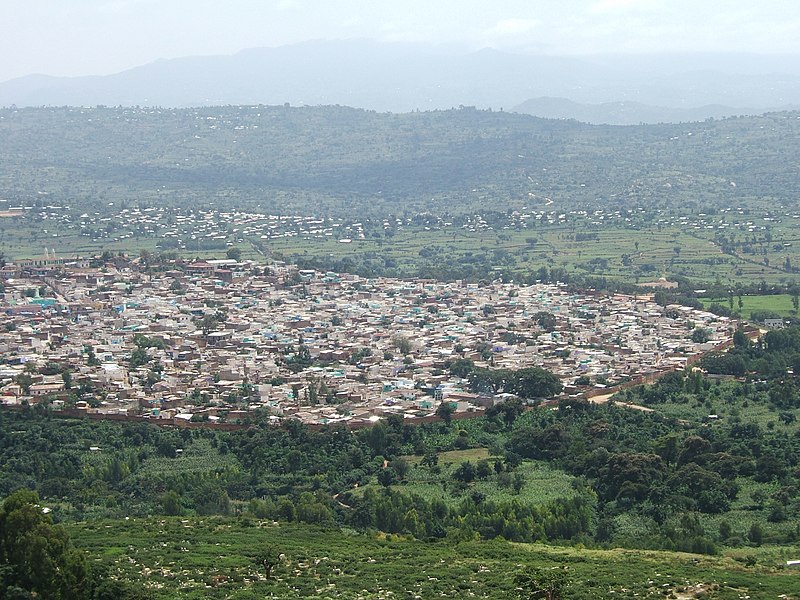 According to UNESCO, the city walls were built between the 13th and 16th centuries. With 82 mosques and 102 shrines, Harar Jugol is regarded as the fourth holiest city of Islam. Another peculiar thing about the old city are the beautiful and conspicuous traditional townhouses.

Besides the city’s splendor in architecture, it is also known to sort of, be a safe haven for hyenas. Yes, hyenas!

As a matter of fact, the residents and carnivoran mammals live in harmony. Every night, they freely roam the streets of the city looking for food and also to be fed meat by the “hyena men.”

According to the LA Times, history has it that the city dwellers and animals made a pact two centuries ago during a famine that caused hungry hyenas to enter the city and feed on humans.

In a bid to stop the act, the residents, during a meeting, agreed to feed the hyenas porridge. This action yielded positive results and established a rather interesting ‘friendship.’

The animals were subsequently allowed access into the city to scavenge on garbage for food through holes that were created in the walls.

Around the 1960s, a farmer, in a bid to prevent the animals from hunting and feeding on his livestock, became the first hyena man after he began feeding them chunks of meat. This skill was subsequently passed on.

In 2010, Reuters covered a story on a hyena man in the city known as Abbas Yusuf. According to the news platform, Yusuf learnt the craft of feeding the animals from his father who did it for 45 years.

“Hyenas have never attacked the people of Harar after my father started feeding them, unless you harm their babies,” he said.

“My father is always thankful that I continued the good work he started and I will pass it onto my children when I grow old.”

Though tourists visit the ancient city to admire its magnificence and learn its history, watching the hyena men feed the animals meat at night has also become a major attraction.

“I am privileged by God to be a good friend to those misunderstood animals,” Yusuf told Reuters.

“I have a baby hyena in my house and keep it in my bedroom (and I’m) not worried it will bite me when I sleep.” 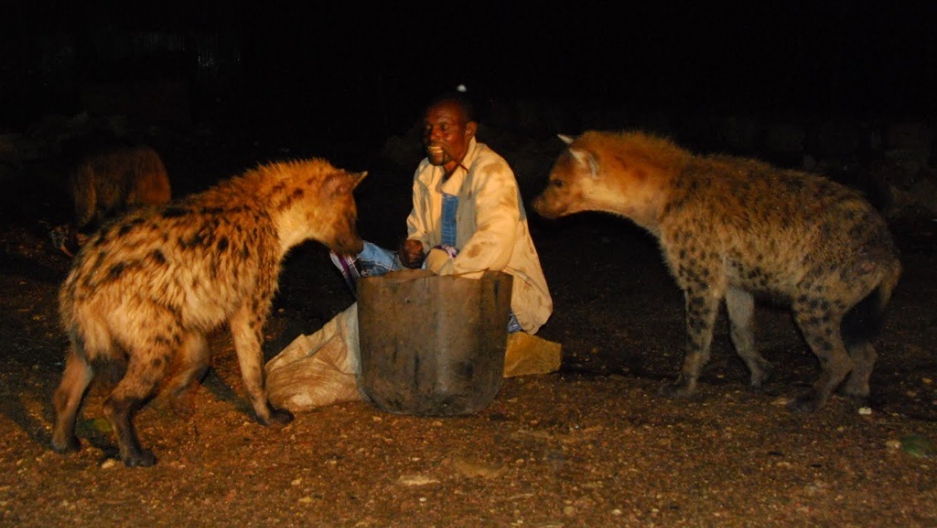 The peaceful co-existence between city residents and the hyenas are reinforced annually through a ritual during the celebration of Prophet Mohammed’s birthday.

During the festivities, the animals are given porridge with butter and goat meat at a holy site outside the city known as “Hakim Mountain,” according to Reuters.

Accepting the meal signifies good luck for the country.