Lupita Nyong’o has indeed had a great time in Nigeria these past few days.

The Oscar-winning Kenyan actress, who recently celebrated her 37th birthday in Lagos, Nigeria, was seen having massive fun at a Lagos party rocking a Nigerian attire and she looked really amazing.

The Black Panther star took to her Instagram page to share beautiful photos of her in Nigeria’s aso-ebi with a blue headgear that was tied perfectly.

Nyong’o also had a blue bag plus other blue accessories to match her attire and flawless skin while at the event which celebrated the life of Engr. Olusegun Akann Doherty. 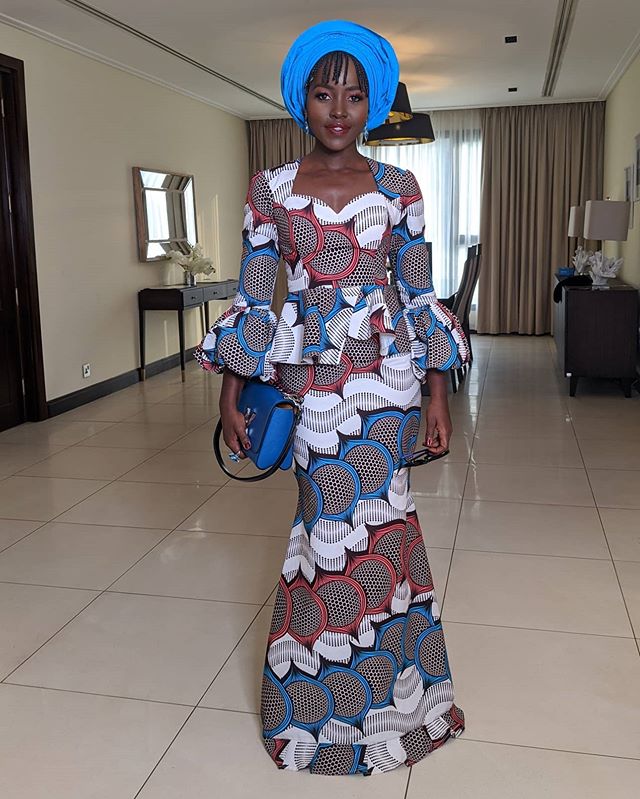 The celebrated actress has been in Nigeria as she prepares for the shooting of HBO Max’s ordered series for Chimamanda Adichie’s award-winning book, Americanah.

As part of her promotional run for the series, Nyong’o attended a private reception in Lagos which was hosted by the Nigerian author.

Show up, show out #NaijaStyle. Thank you @chimamanda_adichie for the warmest welcome to your world. #Twinning in @imadeduso_ Braids by Zubi @3130naturals Makeup & Hairstyling by @flawlessfacesbyjane #flashback

Speaking to the Premium Times at the event, she revealed the series will be filmed at different locations in the West African nation. The Hollywood star, who will be playing the character of Igbo girl, Ifemelu, also revealed she is currently learning to speak the Igbo and English language so as to naturally fit in her role.

Swipe to see photos and video of her ‘Lagos Slay Queen’ look below:

Funmbi said, "Make her look like a Lagos slay queen." Tolu obliged. Grateful to have been a part of the celebration of Engr. Olusegun Akann Doherty's well-loved life. MU & gele: @tolufelix_mua Threads: @funkeadepoju