As we celebrate Black History Month, let’s give a shoutout to our girl Winnie Harlow for being the first model with vitiligo to walk in the Victoria’s Secret Fashion Show.

The 25-year-old Jamaican-Canadian model first came to the limelight as a contestant on the 21st cycle of America’s Next Top Model in 2014.

Born Chantelle Whitney Brown-Young, this fierce model dared to break into the fashion world by not allowing her skin condition to define her and her abilities. 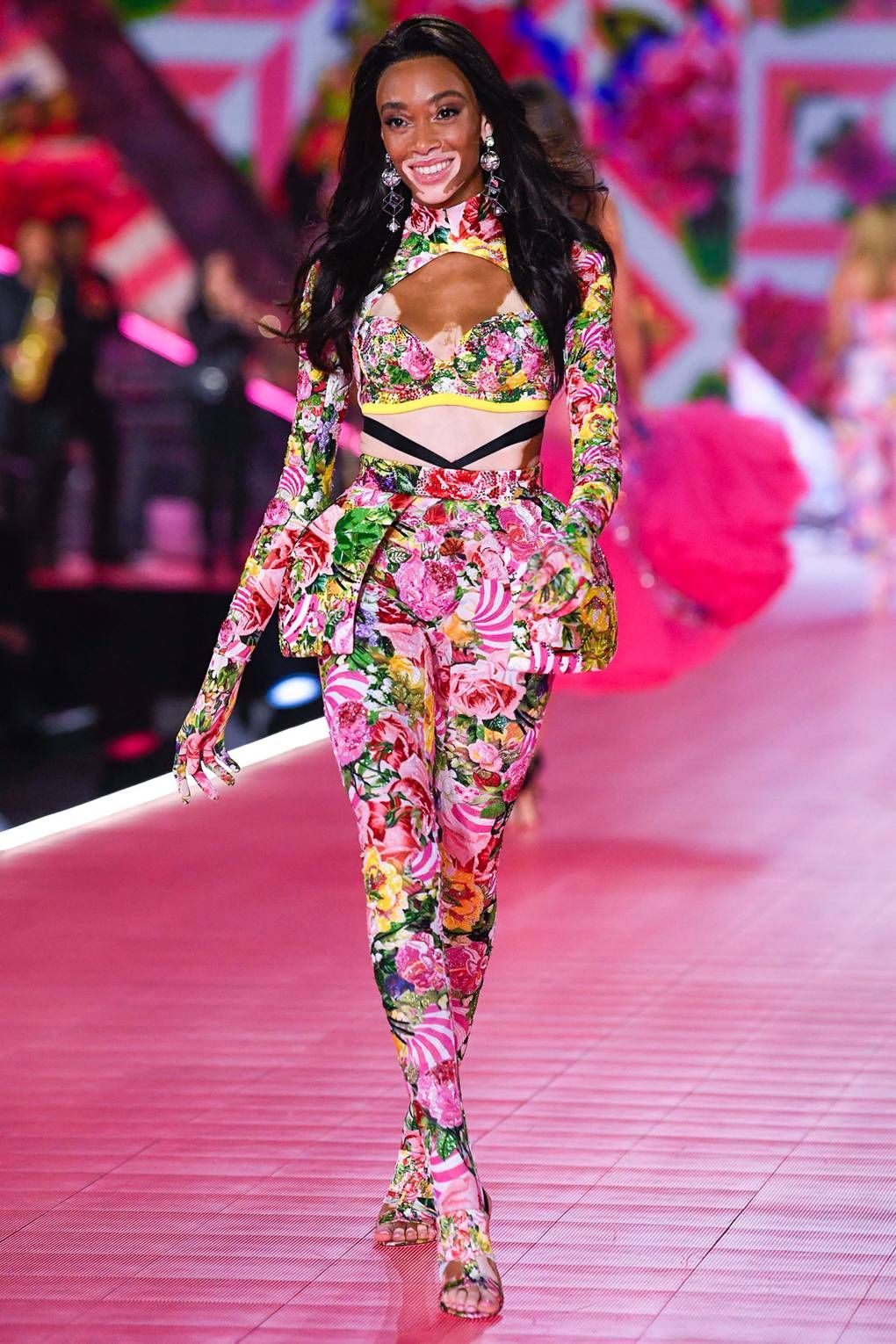 According to the Mayo Clinic, Vitiligo is an autoimmune disorder that causes depigmentation of the skin. This occurs when the cells responsible for skin pigment, melanocytes, get destroyed.

Growing up, Harlow had to deal with taunts from her classmates and some shunned her because of her skin.

“One day they were running away from me during recess and I caught up with them–I was like, ‘Why are you running from me?’ and they’re like, ‘Our parents say not to play with you because we’re going to get your skin,'” Harlow said. “That was the first time I actually heard it and I was like, ‘Whoa.'”

Every model aspires to walk the Victoria’s Secret Fashion Show. They deem it the pinnacle of their career and so does Harlow. When asked by friends, she did tell them exactly that.

“It’s the pinnacle of my career,” Harlow told Vogue in a September interview. “I told anyone [who] asked, ‘I want Victoria’s Secret!’”

Harlow, however, said her mission in life is bigger than Vitiligo. “It’s actually insane to me by just being yourself the things that you can achieve,” It’s a door-opening for everyone. We are all the same because we’re all different.”

Harlow continued saying, “So people always ask me what you would like to say to little girls with vitiligo.

Living with an autoimmune condition can be daunting for an individual. For those whose conditions are visible on the outside, it is even harder.

Harlow has risen like a phoenix throughout her career and proven to all of us that no condition, especially one that pertains to your outward appearance, should stop you from living life to the fullest.

🌸 Barbie World 🌸 makeup by me all weekend 💘