Queen Ohan Akenzua, where Ohan is a title that refers to the oba‘s spirit or wind, was the youngest of eight wives and the Royal wife of Oba Akenzua II, the Oba of Benin from 1933 to 1978.

During his reign, Oba Akenzua re-established many social, political, and traditional practices that were prevented by the British after the royal palace was destroyed and Oba Ovonramwen was exiled. 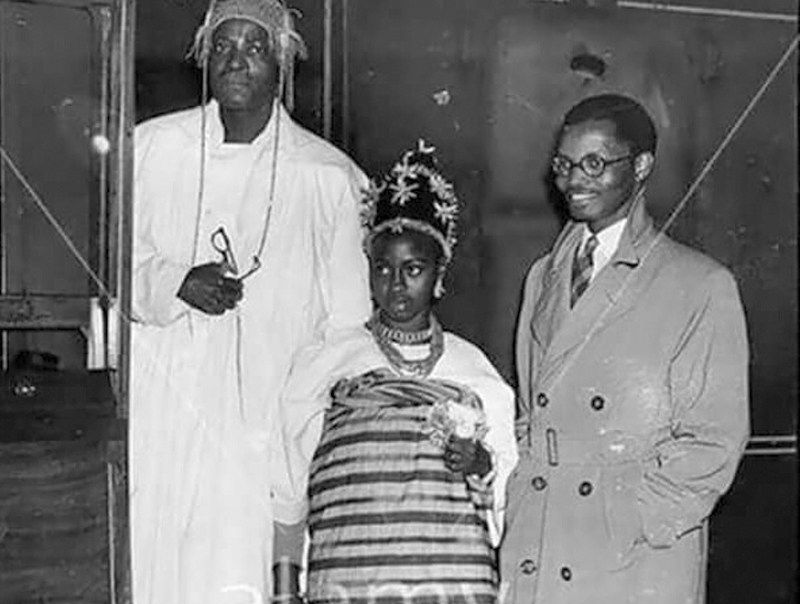 Queen Ohan Akenzua loved photography and on a royal trip to London with Oba Akenzua II, the king and queen chose to wear their traditional attire throughout the trip. Queen Akenzua’s beautiful striped textile wrap caught the attention of many. She used that to keep warm during her trip. 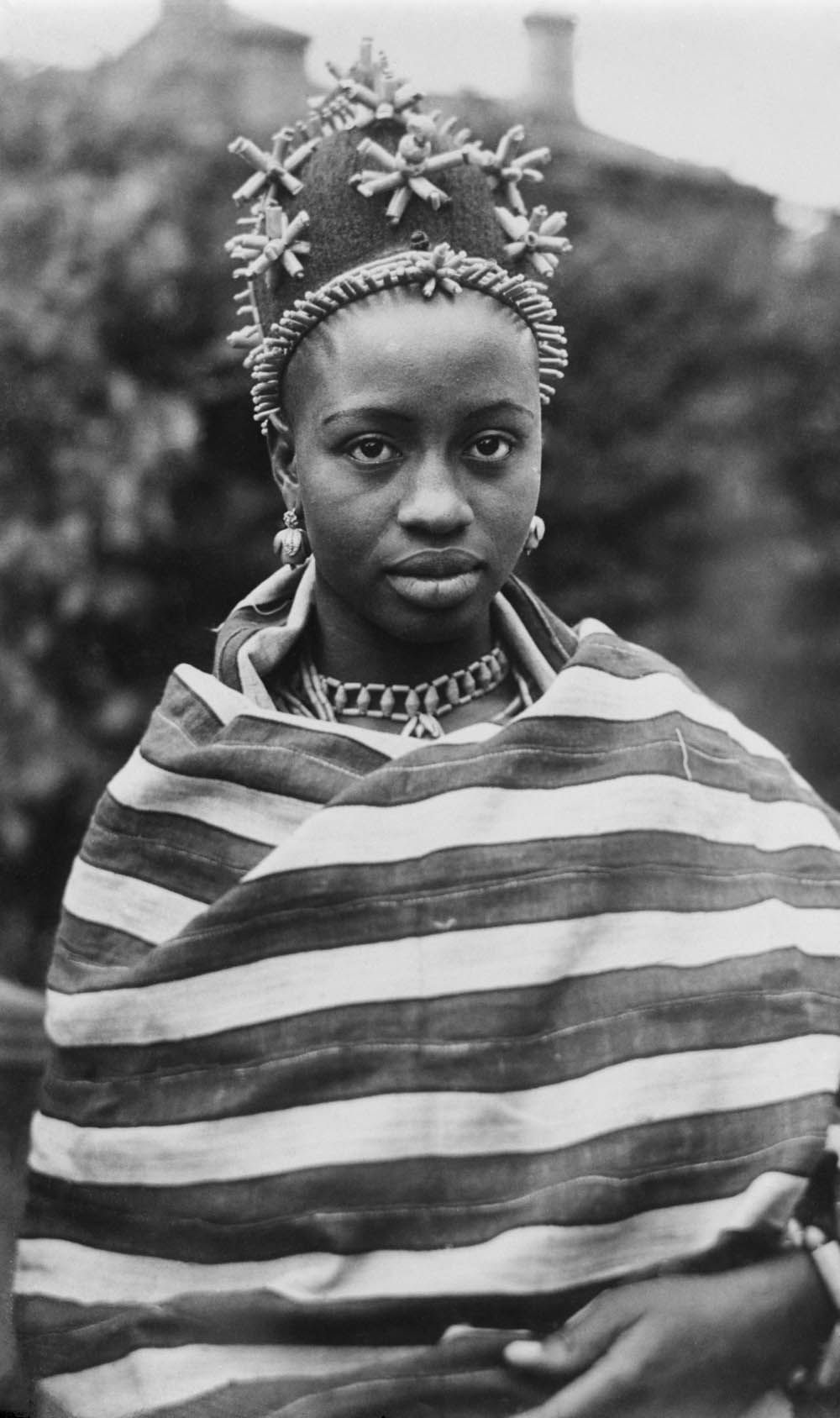 She is known to have visited S.O. Alonge, the court photographer several times in his studio. Alonge photographed the ‘Iloi’ or the royal wives of the Oba in full ceremonial regalia and traditional hairstyle with coral beads called “okuku.”

Alonge in his bid to preserve history made copies of historic photographs by other equally good photographers on glass plates to maintain an archival, visual record of significant persons and moments in the history of Benin. 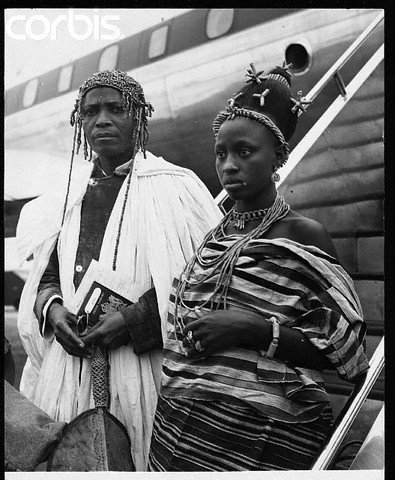 He was a loyal servant to the oba. He had private access to the palace and took accounts of significant moments in the history of the Benin kingdom and the royal court through his pictures, including the visit of the Earl of Plymouth in 1938.